My first experience with flying my Parrot Bebop 2

Unfortunately in my naivety in thinking the Bebop was quite tough, in my second flight I hit the kitchen cupboard spun the Bebop face down and crashed into the tiled floor.

From then I had a lovely chip in the middle of the lens.
I tried everything to repair this including filling the chip and polishing the lens but just succeeded in spreading the visual defect further.
Also there is an antiglare coating which is now removed!

I have read a lot on the internet about using door viewer lenses and vice grips to get the lens open. This is all bull and will only damage your Bebop further.

Firstly the lens “cap” is a ring that has no thread and is glued on. All you need to do is use a sharp object like a tweezers to pry the glue from the rear of the lens cap: 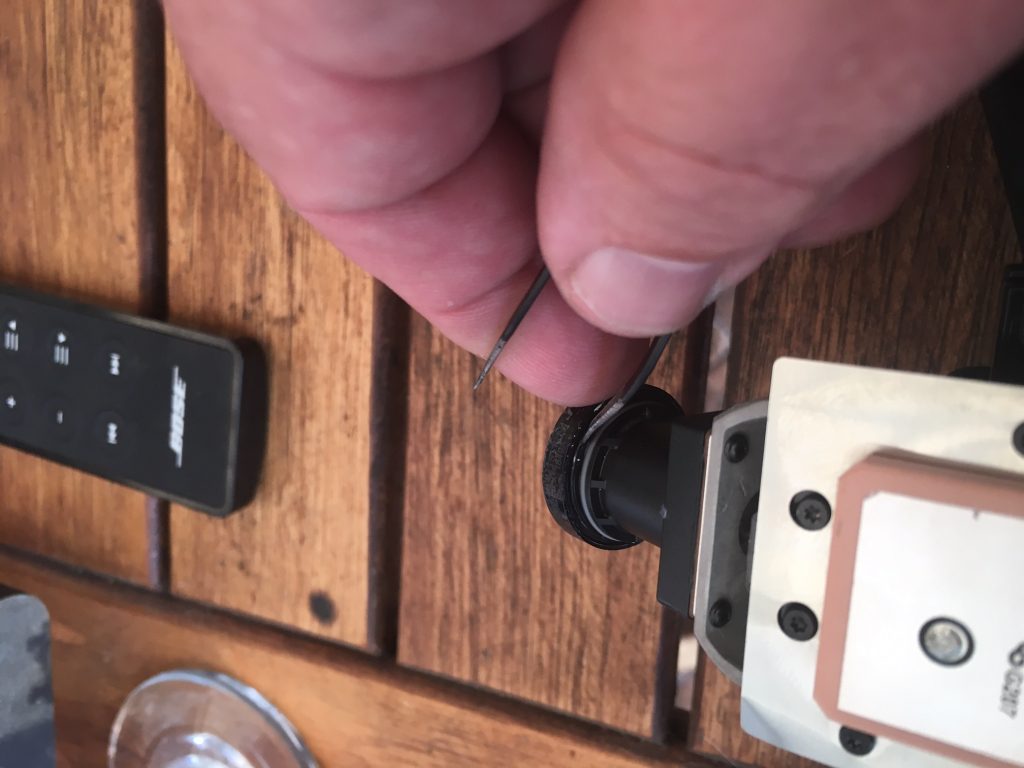 Once this glue is removed, the cap can be turned off by hand with almost not force: 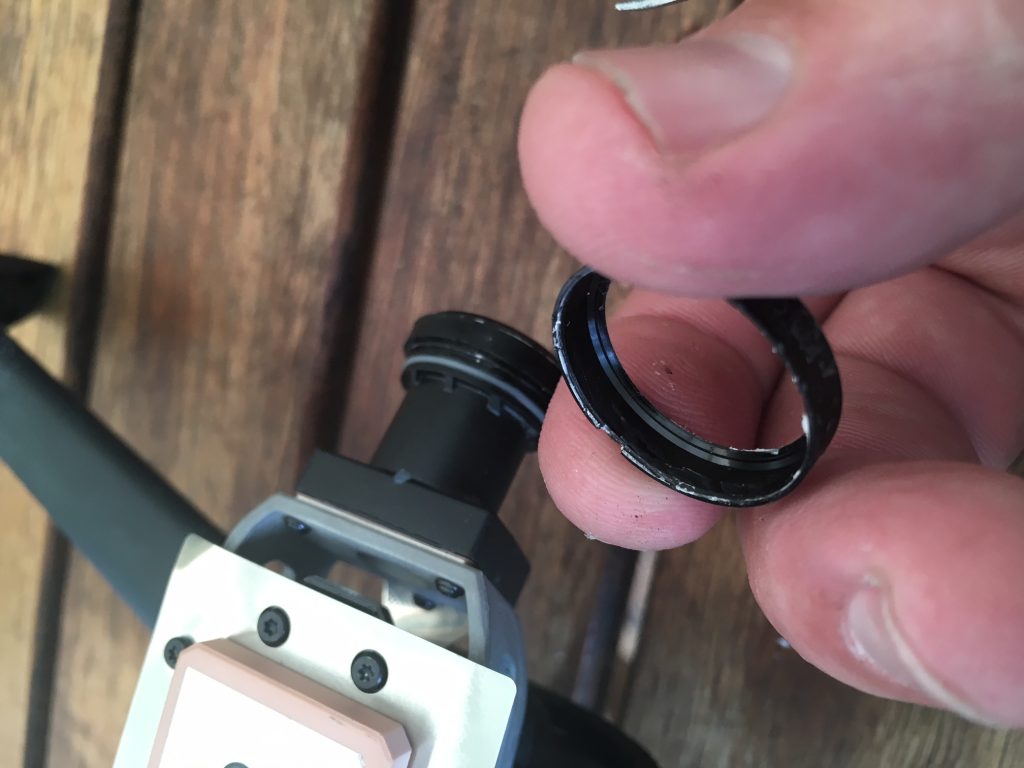 Now the lens has the same glue which needs to be removed around the edges: 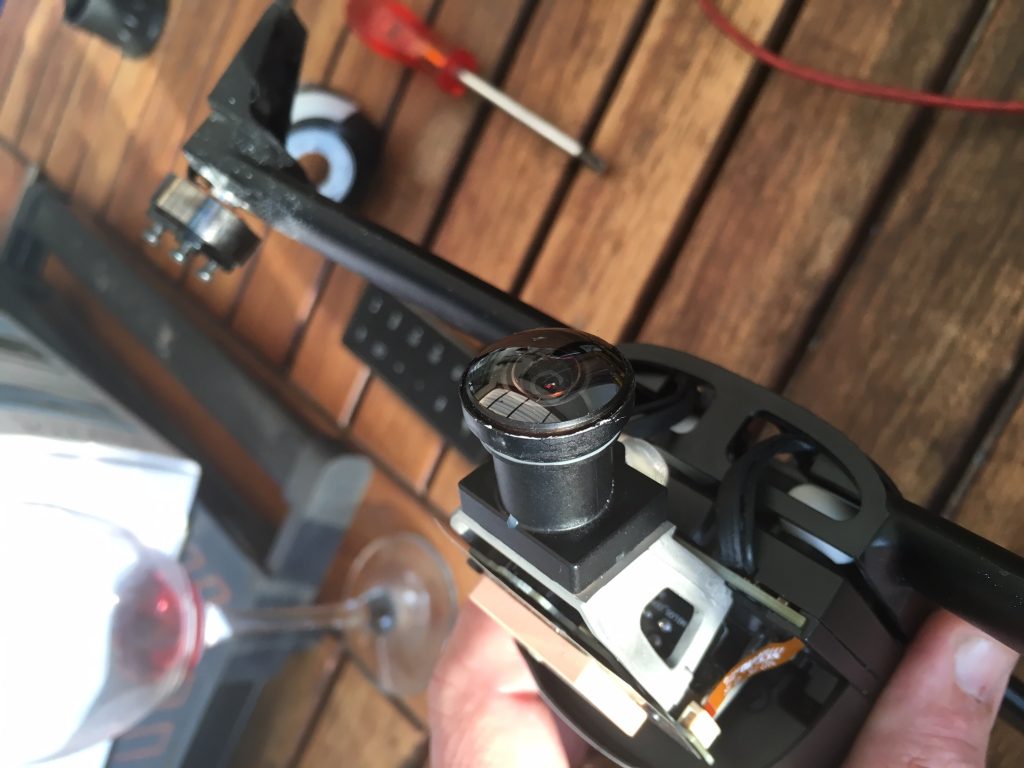 Once done you can carefully pry the lens off the holder: 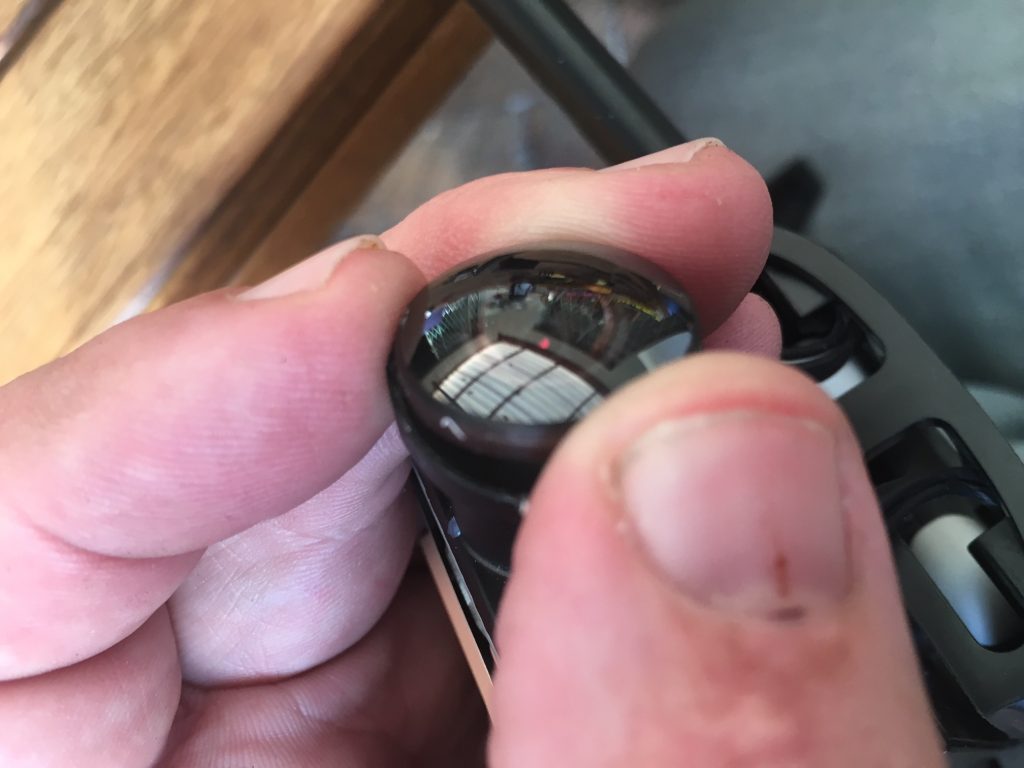 The lens above looks ok in the picture but is pitted resulting on uneven image.
Now I am off to the optometrist to either regrind and coat the lens or to make a new one.

My expectations of the optometrist were higher than their ability to help. This option is dead as they say they can’t do it. Don’t want to do it I think 🙁

While I am waiting to get feedback from an optometrist if the lens can be reground, I saw these online: 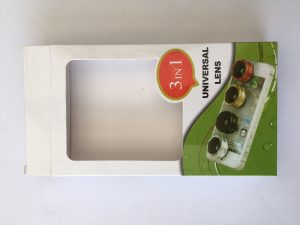 This has a 3 element 180 deg fisheye that will work on the Bebop. There are 3 rings, grip the threaded side of the lens and turn off the front ring with the label.

This give you these rings: 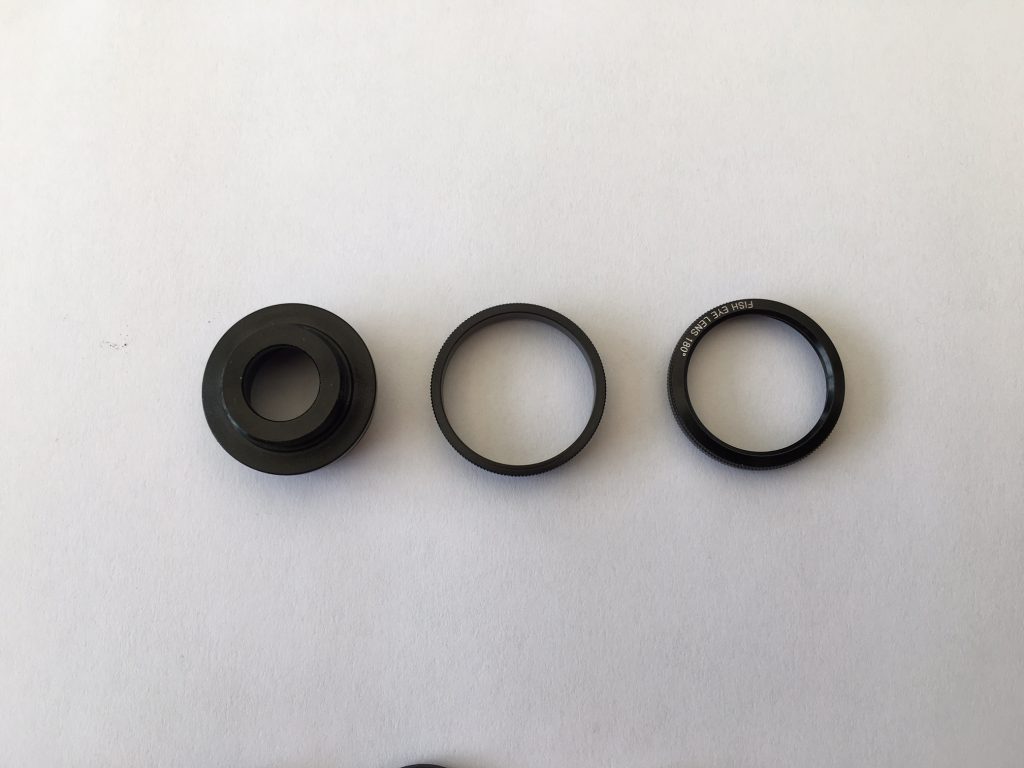 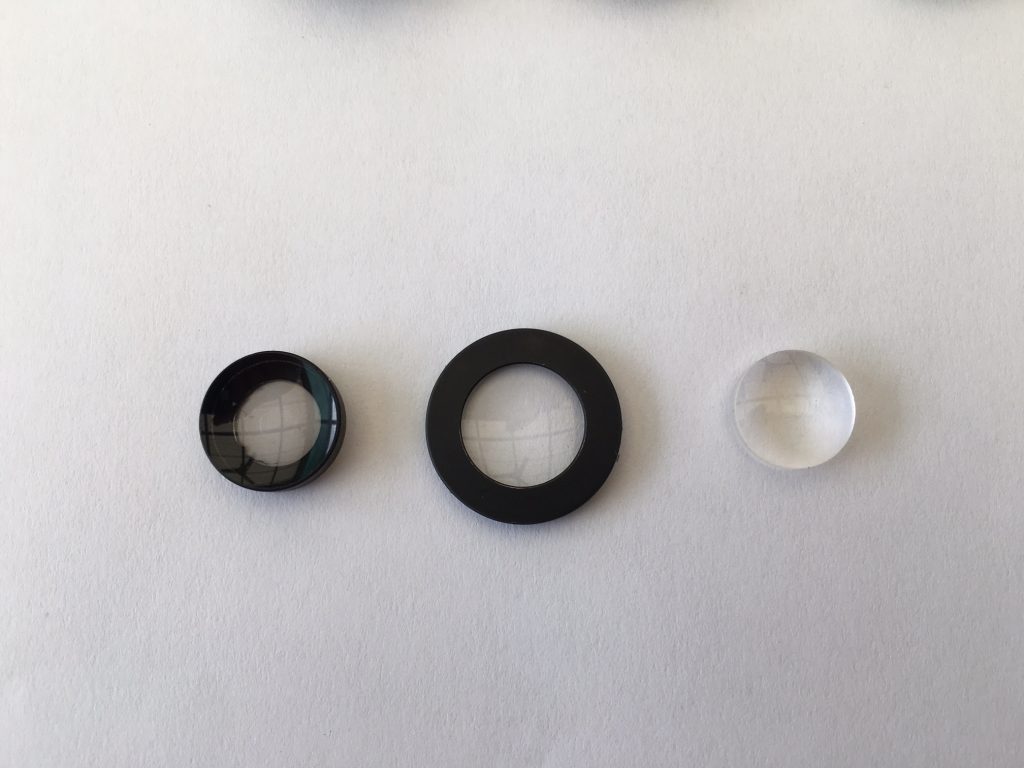 You want the middle concave lens and the front convex lens which will be grouped like this: 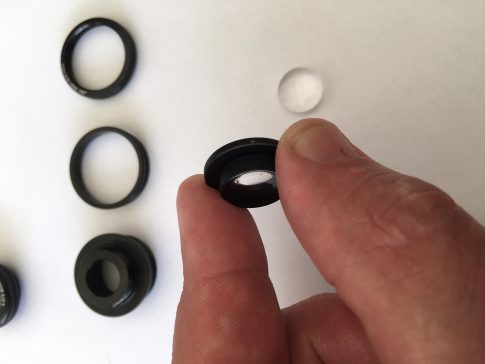 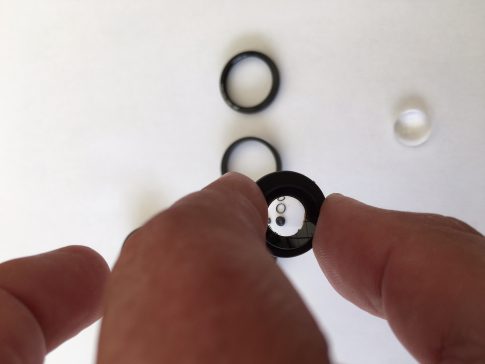 This won’t fit the Bebop as is but will need an adapter made like this: 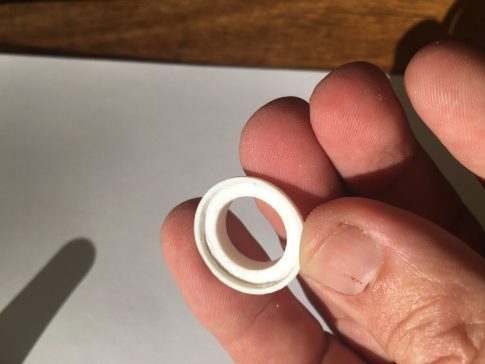 Here is the stl file for printing: 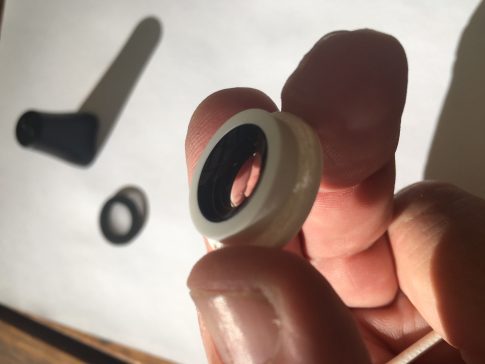 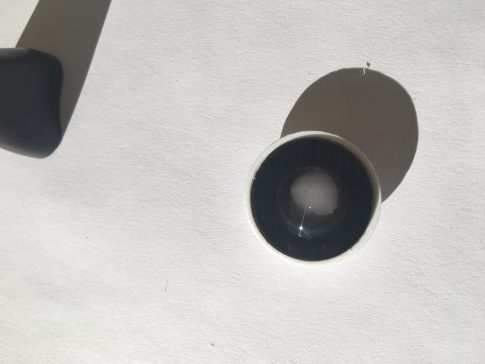 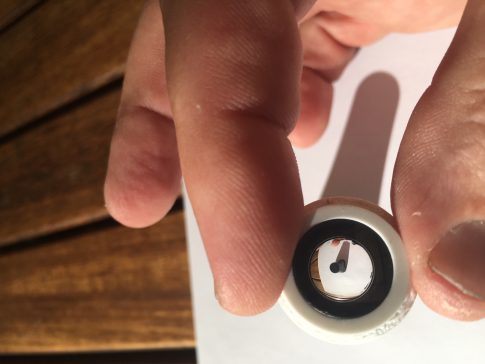 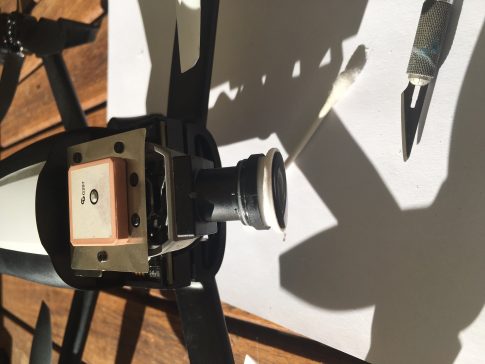 The lens does not math the Bebop perfectly and there is no way to adjust the air gap between lenses so the only way is to sand down the concave lens at the back of the new lens. 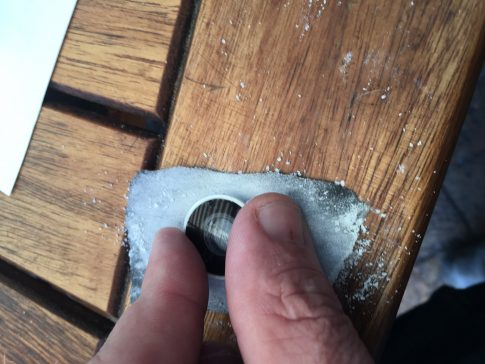 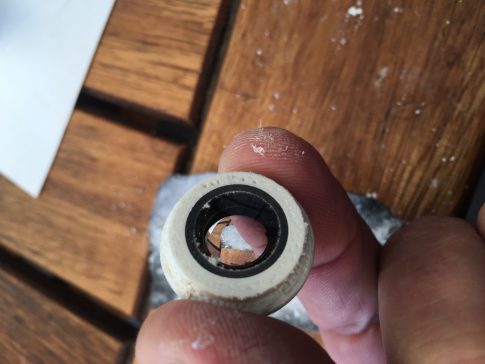 I took about 1mm of the back lens but you have to keep experimenting to get the right focus. 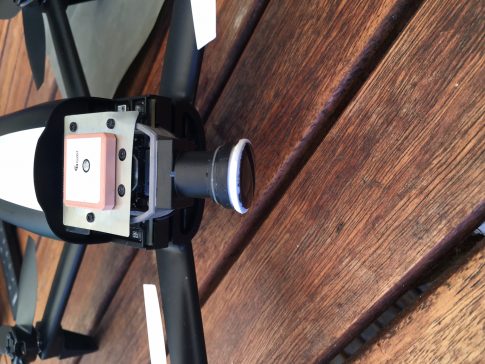 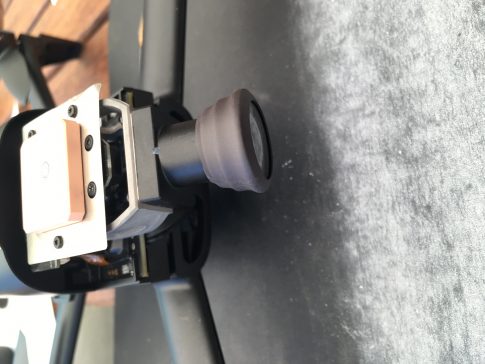 Well the concept works but the lens used is not a true 180 deg lens and vignetting is quiet bad. The bellow clip is in strong wind so you will see the problem:

So it seems this is a failure.. back to re-polishing the original lens!
Having said that, if the correct 180 deg lens can be found, the above method should work.
I think I have found this bellow:

Found a wide angle lens from an old CCTV camera, this has much better glass and results are getting closer.

The above test with the front element of the CCTV camera was using the back element from the iPhone adapter. The original lens has it’s own rear concave lens of much higher quality glass so I made a new adapter. 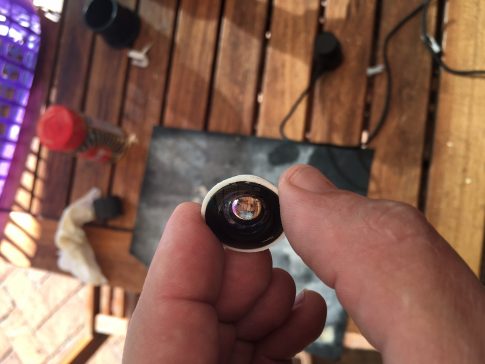 Again this lens needs to be ground down to focus and match the lens to the Bebop. 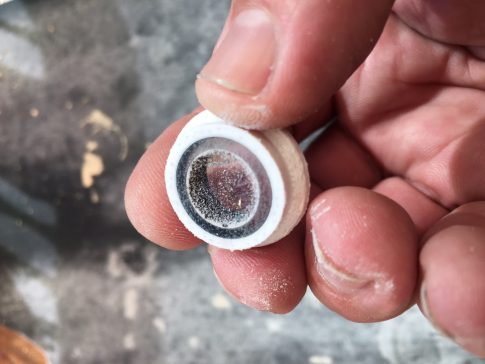 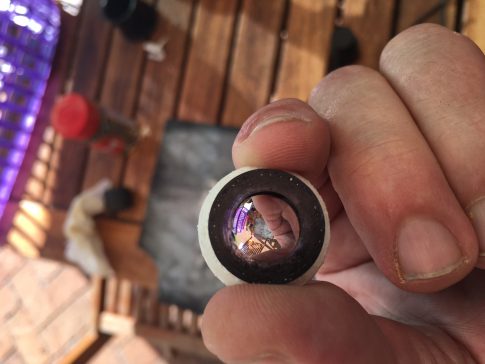 This results are much better: